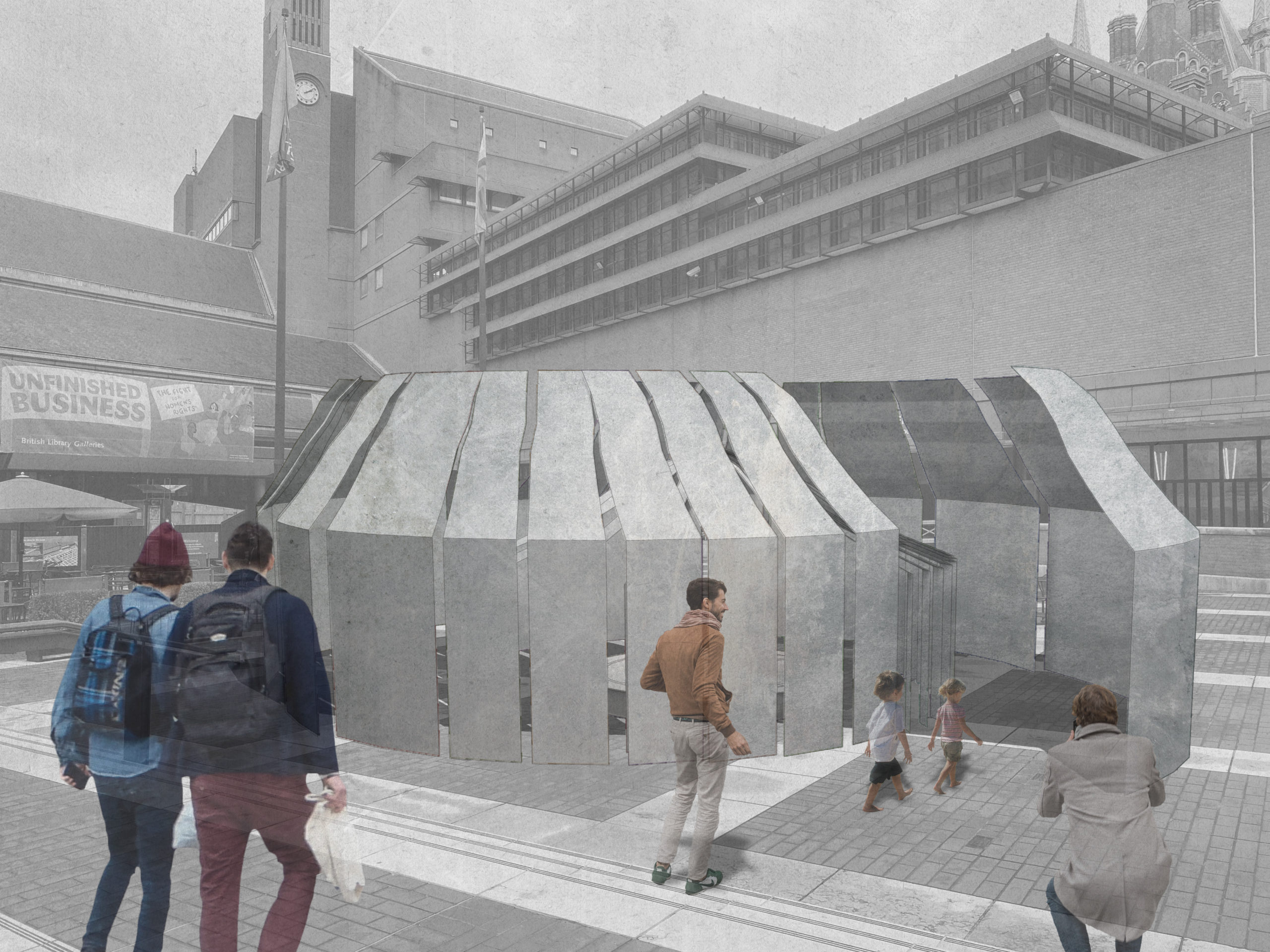 MA Narrative Environments students proposed a project to design a novel installation for the piazza of the British Library which normally functions as a thoroughfare, a place to congregate for users, staff and passers-by.

The multi-disciplinary student team worked closely with the BAME Staff Network at the Library, and gathered the views of a range of staff members via interviews and a questionnaire, to create an installation that would provoke thought and facilitate discussions around what it could mean to decolonise and diversify the Library’s collections.

The vast collections span millennia and many different parts of the world, and inevitably parts of the collection can be associated with British imperial expansion. That history has rarely featured in the Library’s interpretation, its displays and artwork, its webpages and projects.

The students designed a pavilion that would enable those who enter to unearth diverse and conflicting stories held within the Library. The student team proposed that the pavilion, being positioned directly over the four floors of basement stores, would function as an unexpected ‘portal’ with a digital interface that pictured the world of the Library below ground. An app would enable visitors to use their mobile phones to draw up content from the collection. Voice recordings, text, images and digital representations of objects would be visualised floating up to the surface and hovering at eye level.

The students envisaged that the portal/pavilion would act as a new gateway into the Library, a moment of spectacle, surprise, discovery, the start of a new journey into the Library’s world. It would become a magnet, attracting attention, inviting exploration, building connectivity and introducing opportunities for sharing content and prompting new forms of co-curation.