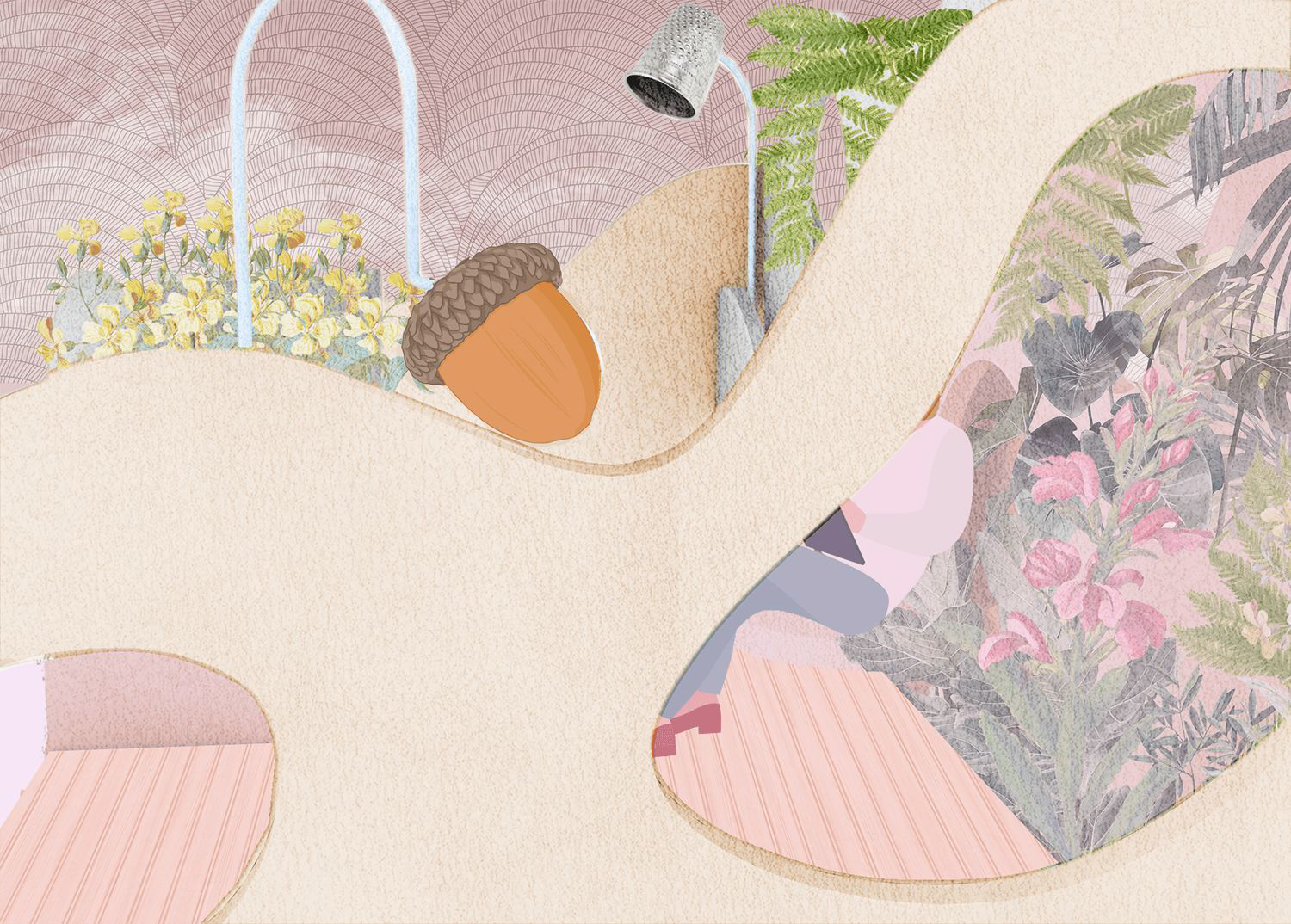 MA Narrative Environments students have created a design proposal for a Great Ormond Street Hospital Parklet. The design aims to integrate and unify the hospital with its local community by creating a more permeable threshold between the hospital and the street, generating a healthier street environment, and enhancing the opportunity for connections within the community.

In researching the site, the students discovered there is a long-standing connection between J.M. Barrie, the author of Peter Pan, and the hospital.

Inspired by the book they included quotes into the parklet design, delivered through hidden underground sound tubes with speakers.

The team developed an overall narrative message of ‘unity and connection’.

Connection to nature was expressed through the natural weave, organic shaped panel around the exterior, through a living plant wall and though planted boxes filled with fragrant herbs, symbols of Peter Pan’s Neverland.

Connection to people was expressed through round, open cut-outs in the exterior panel, the front of which becomes a site for local artists to paint murals.

Interaction and community cohesion were encouraged by setting-up a community gardening scheme at the parklet. The design ultimately created an accessible, flexible and inclusive space with foldable, movable seats for wheelchairs.

Magali Thompson, RIBA, Public Realm Project Manager at GOSH said: “We have been really impressed with the energy and thought you have put into the parklet projects. It has been fantastic to watch the designs evolve so creatively.”