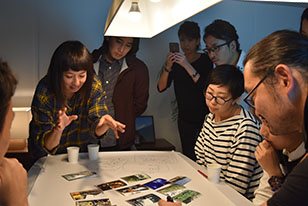 Ryo graduated MANE in 2008, and currently, he is a PhD candidate at Identity In, and Through, the Built Environment – CSM.

The aim of his research is to develop new inclusive methods that enhance social justice in urban re-development. The research focuses on visualisation techniques in art and design and the application of methodologies from actantiality, participatory design practice, urbanism, visual sociology and public engagement, to enable local residents to have a stronger collective voice.

On 31st of August, Ryo was invited to give a talk about the PhD research at an event in Fukuoka Japan.  40 audience members attended the event, such as entrepreneurs, gallery owners, local artists, local shop owners, developers, house makers and local designers. Over approximately 70 mins, the researcher explained the whole methodological structure and the latest experimentation in Egypt. The talk aimed to identify the potential target groups from the local initiatives for the planned visual storyboarding workshop that planned in September. 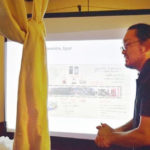 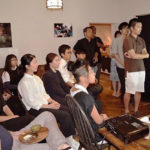 On the  21st of September, the first visual storyboarding workshop took place in Fukuoka at the FCA – a new concept model of housing design that was provided by the sponsor – Saito Komuten.

The workshop started with a visual brain-storming session to identify the participants interests and make teams. The researcher had asked each participant to bring ten photographs in advance, that reflected a mix of the negative and positive impressions of Fukuoka city through their daily lives. Through the discussion, the researcher and participants identified three key themes that have potential for sustainable redevelopment, while the researcher made the diagrammatic records of the discussion on A0 size papers. 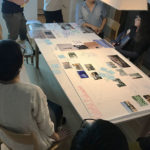 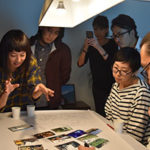 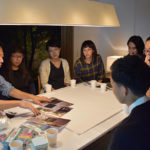 Ryo applied Parsons’ interpretation of actant theory in this section. It was successful that the semiotic square allowed participants to identify their social position diagrammatically, and help to explore a new direction to improve the identity of Fukuoka city by understanding the power relation in the urban context. Then, to incarnate their aspirations and anxieties, their taken photographs were added on the actantiality maps.

Ryo and the creative agency TYO aim to expand the collaboration to the local government, local institutions and commercial stakeholders to stimulate interaction among stakeholders.