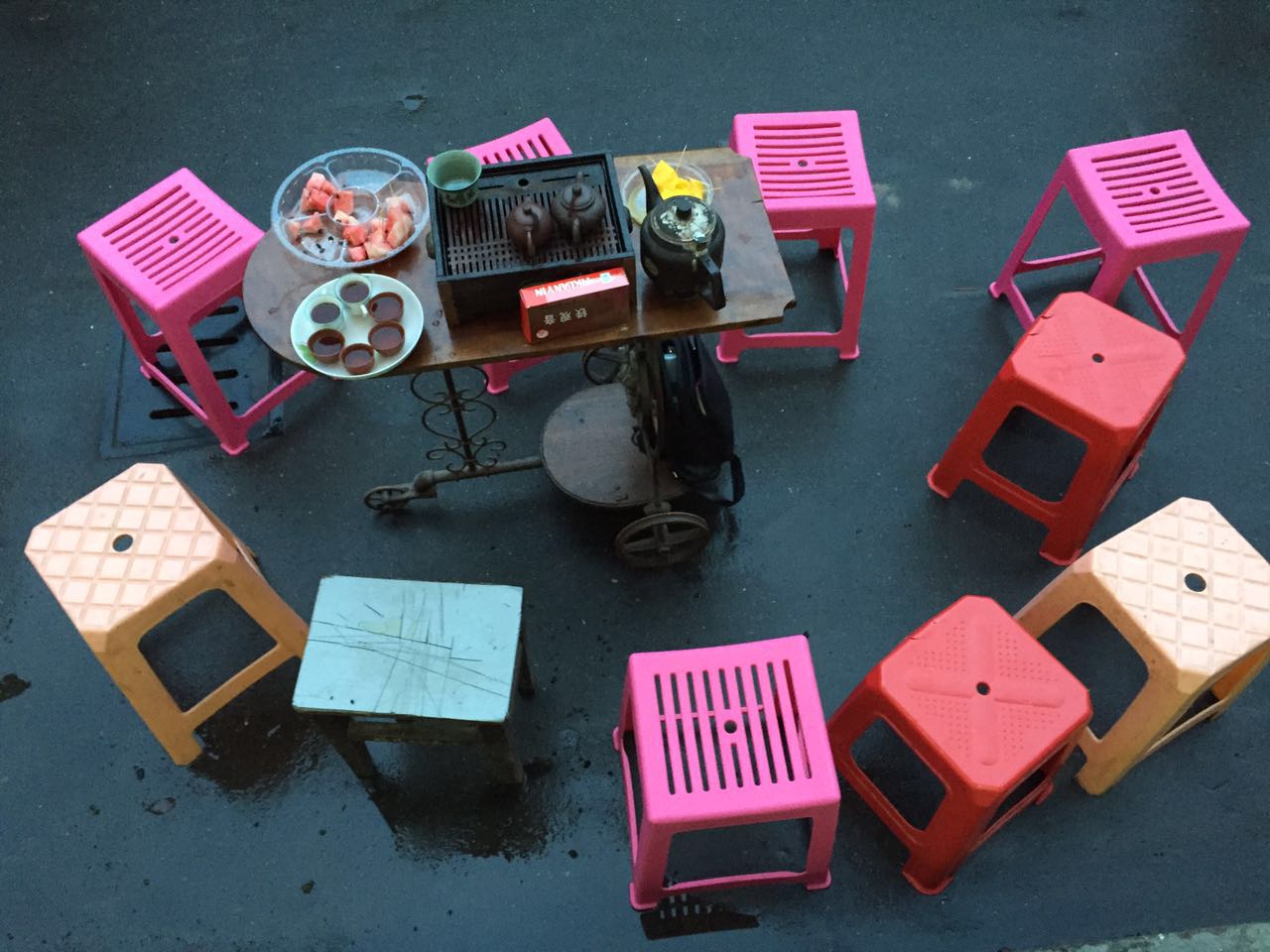 First and second years have been busy researching on Gulangyu Island this summer! MA Narrative Environments was invited by China Academy of Art to collaborate on a project to research the small island of Gulangyu, a few minutes ferry ride from the coastal city of Xiamen in south east China.

Gulangyu was an international settlement in 19’th century. About 30 years ago the island became a popular destination for Chinese tourists and the tourist industry has grown so much, that the identity of the island is being eradicated.

MANE students worked with CAA students in mixed teams exploring the stories and clues in the community and the physical environment that gave rise to strategic design interventions to help reinstate the island as an important bridge for international cultural exchange.

The ‘Everyday Life’ project examined some of the current social and economic imbalances, divisions and consequences experienced in the everyday lives of the 4,000 residents of Gulangyu Island.

The ubiquitous plastic stool is a symbol of residency on the island, used conspicuously by most local inhabitants. These stools are found at the side of road where Locals sit to watch, but not interact with tourists, and tourists seem oblivious to anyone sitting on one. The spatial zoning is clear, tourists in the centre of the road, locals at the sides/gutters. This zoning can lead to conflict and disharmony, noise and tension.

The team proposed 2 spatial intervention to bring a new level of communication between people on the streets of Gulangyu.

This would be a mobile event to highlight selected areas of the island from a Resident perspective. The streets would be cordoned off by the stools and used only for people to occupy, entertain, eat, and talk. The group tours that clog the island arteries would be stopped for each Gulangyu Island Day. Tourists would be met from the ferries with a new map of local events  and encouraged to explore a more authentic island.

The proposed regular Island event could also be used as a platform for exploring and understanding current issues from the Island community. The collection of data, would serve to support long term change and the preservation of the authentic Gulangyu.

Finally, the team proposed the symbol of this event, the stool, is further designed and developed, and becomes a new symbol/legacy for the island. Inclusive of all resident social groups, the design would reflect the rich and tumultuous political, social, musical and artistic history of this unique place.

The Pinyin system, which romanizes Chinese characters, was created on the Gulangyu over 100 years ago to translate the Bible for Chinese Christians and missionaries. Later it was developed by the central government in Beijing into the current Pinyin system, which is important for a wider understanding of the Chinese language. Most traces of its origin have disappeared.

To bring a light onto this system, the team proposed the design of ‘Pinyin Path’ – an interactive game on Jishan Street, which tells visitors about the theory of the Pinyin system and reactivates the site as a key expression of the island’s identity and heritage.

‘Pinyin Path’ is an interactive game in three parts: the introduction, the experience, and the reward. To play, visitors collect the ‘Pinyin Path scratch card’, available at locations around the island.

The card shows a local story, written in the early Pinyin system. Some words are missing but there are clues to the missing words. Visitors look at the scratch card and try to complete the sentence, if they cannot solve the puzzle, they can look at the map on the scratch card and head to Pinyin Path for clues. When they arrive, they go to the ‘clue body installation’.

Once the missing words are found, visitors can read the story of the old and new Pinyin system, learn about the local dialect and see an illustrated account of the progression of the Pinyin system to that in use today.

Visitors can also select a reward by scratching one of the small boxes below the card. Rewards are found locally on Gulangyu at the designated ‘reward shop’. The reward system encourages people to explore the island further, to support local businesses and to try local delicacies.