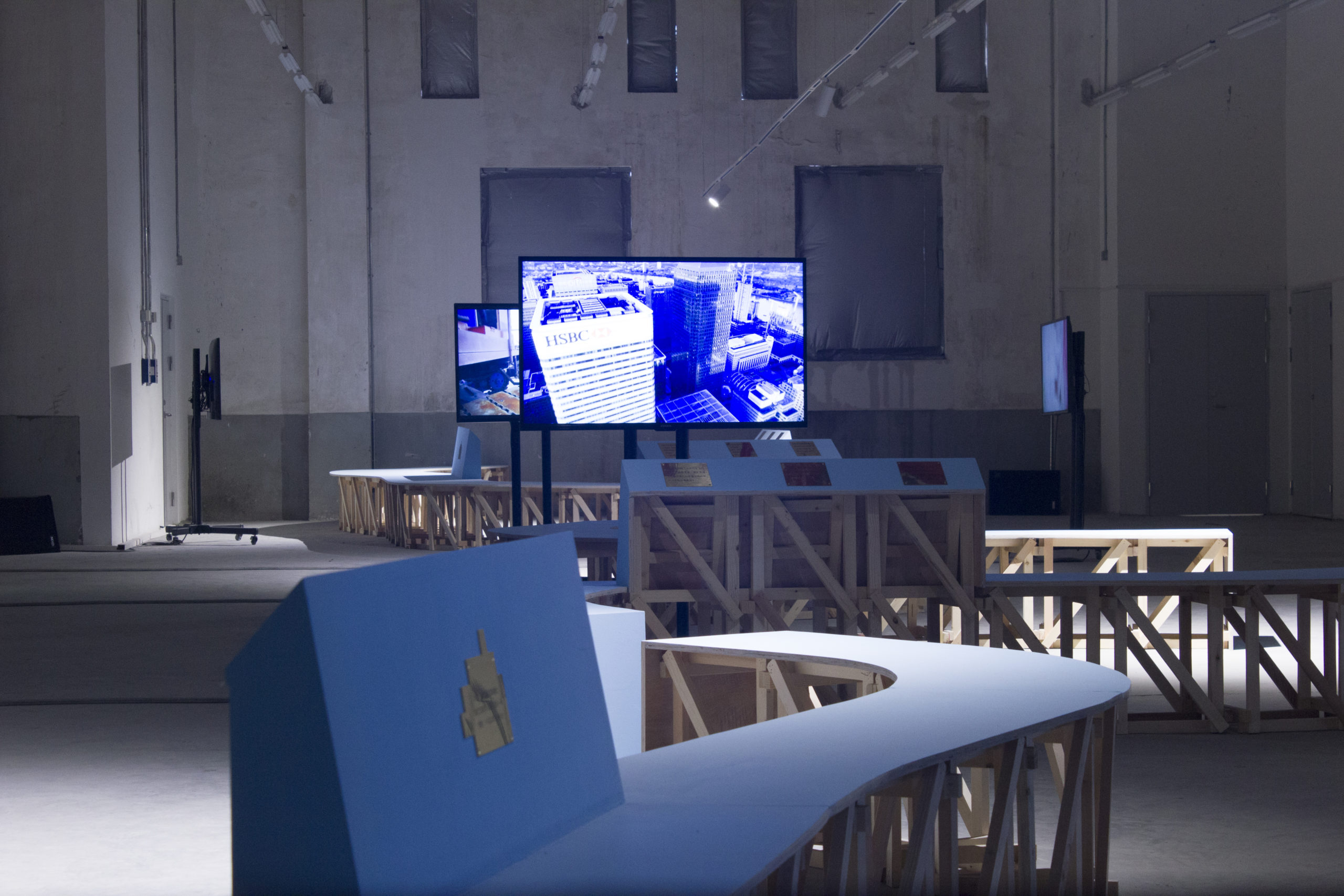 The team from Central Saint Martins has focused on the River Thames as a vessel of stories, both real and imagined.

The installation, titled Liquid Histories, reflects on the river as being simultaneously a public space of the imagination, a foundational source for the city and also an untamed natural power. The exhibition is housed in a magnificent 1930s grain silo on the Huangpu river in Shanghai, forging a connection between the two urban centres.

The installation is designed by Aberrant Architecture, the most significant component being a bench that takes the shape of the River Thames as it crosses and exits east London.

David Chambers says “The River Thames is an eternal presence in London’s narrative history; today, it acts as a witness to profound and often brutal change, which continues to transform the city.”