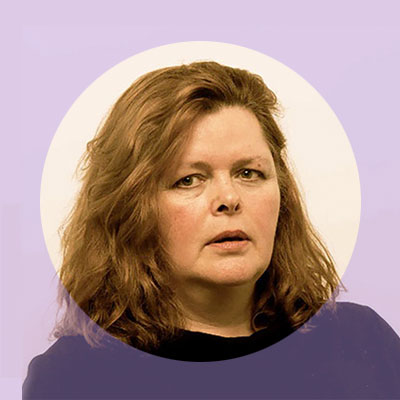 For this edition of our In Practice series we talk with Julie Howell, freelance artist / visual director / social arts practitioner and experience designer.

Tell us about a narrative environment you’ve worked on since graduating.

In 2017, fifty years after the partial decriminalisation of homosexuality, The National Trust and Leicester University (RCMG) explored LGBTQ (lesbian, gay, bisexual, trans, queer) heritage with a national programme called Prejudice and Pride. I was privileged to be invited to design a series of narrative environments/responses at two National Trust properties by Professor Richard Sandell from the Research Centre for Museums and Galleries at Leicester University, alongside my colleague Tom Butler, writer and researcher, from my course year at MANE.

‘EXILE’ was to be within the National Trust house ‘Kingston Lacey’ that would explore the extraordinary story of the then owner William John Bankes’ exile to France in 1841, and reveal how this helps us to understand the house today and its relationship to contemporary LGBTQ experience. Two more colleagues from my year at MANE, Lea Nagano ( film and motion graphics) and Anna Lincoln (graphic design) added hugely to the work and design of the eventual installations. The project was very intense and exciting, with many hurdles! The collaboration between us all and the desire to tell the truth about these often difficult hidden histories remained our focus.

What’s the most unexpected collaboration you have been involved in?

In 2018 I was invited to re-imagine and remake several major elements of an ancient ceremony that takes place in late May every year at Southwark Cathedral, Southwark, London. The ceremony celebrates the life of Sir Thomas Cure (died 1588), founder and benefactor of United St Saviours of Southwark, London. I undertook a period of research which revealed that several women in the 1500’s who were also founding benefactors to the charity are also buried in the Southwark Cathedral, however their contributions are not acknowledged.

United St Saviours is one of the UK’s oldest charities, and funds many arts and housing projects all over Southwark, London. 2018 marked 100 years since some women were granted the right to vote in the UK, marking another step forward in the history of acknowledgment and visibility of women’s contribution to the stability, progress and long term development of the communities around them. The Service booklet for the Sir Thomas Cure Memorial Service was redesigned and the following text inserted;

“Women who left generous legacies to the charity also lie alongside Thomas Cure in this cathedral, and women today are leading some of Southwark’s most dynamic and important organisations.

Although an indispensable and powerful part of the growth of these communities throughout history, women’s achievements, ingenuity and generosity have not always been celebrated.

Today we will acknowledge, include and give thanks for the contribution that women have made towards the founding and growth of the United St Saviours of today”

The collaboration on this project was across many institutions and protocols, both ancient and modern. I had no prior experience of the church or charity sector at this level but added in what I did know, and my MANE training, to create the new ceremonial event.  I worked together with the staff at Southwark Cathedral, from the clergy, vergers and archivists, and with United St Saviours and their amazing housing and drama charities. I made physical objects (tomb covers, memorial ribbons/sash’s etc) to bring these new threads of thinking together, uncover these hidden histories and fulfil the brief.

Above: Ms Elizabeth Newcomen’ telling the congregation about her contributions (actors from the United Saviours charity funded ‘Peoples Theatre’) and her resting place in Southwark Cathedral.

Is there a current narrative environment you would recommend people to visit?

‘HumanKind’ in Derbyshire at Calke Abbey is an example to me of the power of ethically produced non hierarchical project collaboration, resulting in a series of compelling sensory narrative experiences. It is a collaboration between the National Trust and the University of Leicester (RCMG) and looks at and responds to the current UK crisis of social isolation and loneliness.  It examines and re-presents the stories of the past inhabitants and community of Calke Abbey, both the aristocratic family and the staff who lived in this seemingly isolated country house. New research into these individuals has uncovered surprising stories of love, compassion and connectedness, which challenges the narrative currently told at Calke Abbey. It is a very large project, across the vast grounds, the House and gardens, with huge ambitions to also change behaviour and foster kindness today, encouraging acts of kindness to be part of our everyday lives. I was privileged to be the Creative for the narrative environment experiences that are now on display till 2021. I was not given a brief for this project, I was included from the start of the research process instead.The designed re-interpretation and emotional response to the stories told at Calke grew organically from the people who inhabit the space today and who chose to be involved.

I am interested in creating work that is rich in meaning through sensory experiences, involving the whole person/physical body of the visitor. Loneliness was the subject of my final project at MANE and I was able to add in my learning and develop it  here. Essentially I was able to work across the historical figures, volunteers and staff at the property site, folding in some of their life experiences, both on and off site, which added in many new dimensions to the narrative outcomes. I was also privileged to work with two colleagues from my course year at MANE on this project, Lea Nagano (film, animation, motion graphics) and Anna Lincoln (graphic design) who enhanced and lifted the project.

What narrative environment method or approach have you found useful in your practice?

Emotional Mapping is a method I use to create structures to support an emerging project. I  spend time in the space/place, often just walking and then time with the people involved, creating relationships with both. I find a period of research/investigation of my own is essential, and when working with historical figures ‘foot stepping’ their experience can assist me in the creation of narrative responses. I did this for the project ‘HumanKind’, where I visited a small London hotel where just over 100 years ago one of the characters in the project received some terrible news. The hotel was still in the hands of the original owners, nothing has been radically changed, her hotel room still had the original number on the door. I used the experience of standing in the hotel corridor to emotionally map the eventual narrative response.

What advice would you give a current student about to graduate?

I find saying ‘YES’ a lot brings lots of experience and new contacts! Stay interested in your creativity and ‘feeding’ it. There are many distractions in life, and I suggest try making your ideas and creativity No1 priority.

With project work, I have found its always and most importantly about the people in the space, and involved in the process. So! I strongly recommend you develop your ‘people’ skills, be interested, ask questions, listen, watch, and work within an ethical framework (your own is a good one to start with!). Who is the work really for? And what will the outcomes potentially create/leave in the space? I had a career in film and interior design before attending MANE, I now choose to work creating different kinds of legacies.

I had to think about what kind of life I wanted, what did I think was important and what did I want to focus on. This evolves and takes time, you don’t have to know yet! (and I am also still experimenting!)

My thoughts are the world needs new ideas/ways of working to tackle some of the problems and divisions and disconnections we have created. We need new ways and places for those ideas to flourish and be experienced. I am sure what happens next for the planet and humankind depends on this new thinking – and then implementing it.