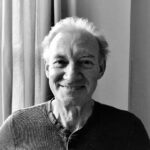 Allan Parsons teaches theory on MA Narrative Environments (MANE) and is editor of the online MANE Course Compendium.
He co-ordinates the Oui!Learn learning community and was an active participant in the Informed Matters community of practice and the Higher Education and Theory group, collaborative academic projects whose outputs can be viewed online.
He also maintains an academic blog at Poiesis and Prolepsis. He has tutored undergraduate, postgraduate and PhD students, focusing on developing their research skills.
Prior to that, he was a research consultant for the Organisation for Economic Co-operation and Development (OECD), contributing to the Secretary General's Advisory Unit's International Futures Programme. He has also worked on government-funded, technology-related research projects with universities such as Imperial College, Brunel University and University of the Arts, and large corporations, such as Arup and British Telecom.
He grew up in Scotland and studied design and philosophy.