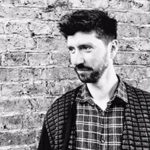 Tom Butler is a writer, researcher and creative producer. He works collaboratively to devise and design exhibitions, installations, film and editorial projects.

Areas of interest include new approaches to the built environment and projects that reconsider heritage, narrative and place. He has lived and worked in Edinburgh, Hong Kong, Shanghai and London.

Recent projects include Remake London (2016) for the Museum of London, New Futures (2017) for the V&A Lansbury Micro Museum, and EXILE and The Unfinished Portrait (2017) for the National Trust. In 2018, he contributed to Prejudice and Pride: LGBTQ heritage and its contemporary implications, published by the Research Centre for Museums and Galleries.

He currently works as part of Arup’s Foresight, Research and Innovation team.