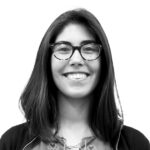 Yaatzil is an experienced Architect and freelancer Photographer with a passion for social urban engagement and the creative expression of the narratives of public spaces. In Mexico City she worked for one of the best architecture offices in Mexico: Materia Arquitectónica, where she had the opportunity to be the leading architect for two projects: The Water Hotel (860m2) and The Quinta Montes Molina Cultural Center (8,080m2). These experiences have determined the way she perceives and practices architecture: as a force that, when complemented with other disciplines, has the power to create even more impactful projects that can substantially change the way people interact and relate with space in their everyday lives. In Chile, as an exchange architecture student, she collaborated with Ciudad Emergente, an organization which aims to transform qualitatively the use of public spaces for their users. Yaatzil worked on creating leisure areas for the dwellers of a peripheral neighborhood, as well as in the design and integration of new bicycle lines in the city. Both projects were exhibited at the Chile Architectural Biennial in 2012. Her documental photography has been selected by the Mexican National Art Network to be exhibited in three different galleries in Mexico City. Her work as an Architecture Photographer has been published in different magazines in Mexico and abroad, like Arquine (Mexico), Glocal Design Magazine (México), Coolhunter (Mexico), Retail Design Magazine (Italy) and Retail Design Blog (Hungary). In London, Yaatzil is studying a MA in Narrative Environments at Central Saint Martins, finding new creative ways of designing meaningful space experiences for our society. She wants to defy the notions of what is known, familiar and accepted, in order to transform the relationship that people establish with space using the narrative as a powerful tool that could change an ordinary moment into something extraordinary.