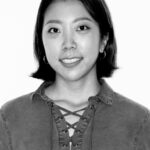 Haehyun Park is an art director, content creator, story teller, graphic designer and producer. She dedicated 6 years at advertising agencies in New York City and Seoul, Korea. She lived in a concrete jungle, New York City while studying at School of Visual Arts. She majored in advertising but she was passionate enough to study in graphic design as well. Many of her work are recognised at prestigious creative competitions such as One Show, and Clio. Haehyun started her career at Rosetta, a web based ad agency in New York where she spearheaded e-commerce website projects. After a year, she joined Cheil Worldwide, a Samsung in-house agency in Seoul, Korea, where she conceptualised and influenced creative initiatives from the Digital and Retail Brand Experience department. Haehyun sparked exciting new ideas and most of her work at Cheil were for global creatives. Haehyun has in-depth knowledge of working globally with award winning artists, directors, photographers, producers and developers. Her recent work include “It’s not your fault” and the 2019 Samsung Galaxy Note 10 “Unpacked” Event.